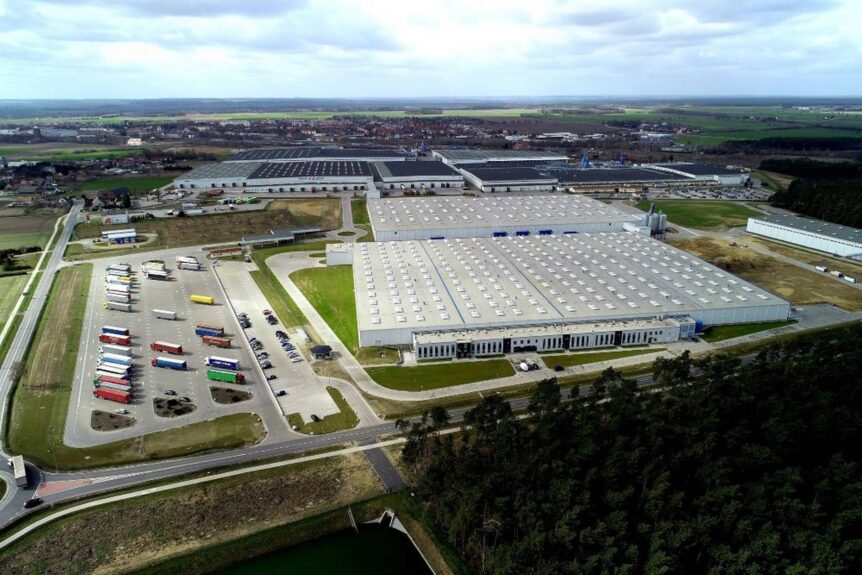 In less than three years a Meva Energy power plant to thermochemically convert low value wood residue to renewable gas and power will be in place at IKEA Industry production unit in Zbaszynek, Poland. The collaboration is an investment in on-site renewable power, and it introduces a completely new and highly efficient technology to produce green energy.

Renewable power production at the source
The plant will reduce its CO2 emissions with 14.000 tons per year compared with the carbon footprint of the Polish grid power. Moreover, the number of truck transports of wood residue leaving the Zbaszynek factory for external disposal will be reduced with about 300 trucks per year. Instead, the wood residue will now be consumed for renewable power production directly where it is being produced. This decentralized principle is the basis for reaching a high conversion efficiency as well as realizing high levels of CO2 emission reductions.

“IKEA Industry has the target to reduce our carbon footprint with 80% until 2025 in comparison with our baseline year 2016”, says Andreas Carlsson, Sustainability Manager at IKEA Industry. “Our power and heat consumption represent the most significant sources of CO2 emissions. To the largest extent possible we want to have our own locally produced renewable energy, thereby adding more renewable energy to our society. We have been searching for new technologies that can utilize our wood residue for high-efficiency renewable power production for many years and after following Meva Energy’s progress we are now very happy to sign this agreement”, he adds.

A fully circular and decentralized system
Meva Energy’s thermochemical conversion technology converts biogenic residue including saw dust and cuttings from MDF and particle board, to renewable gas. The gas can then be used to fuel a power plant or to replace fossil gas consumption. The system also produces biochar, a stable form of renewable carbon that can be used as soil improvement and fertilizer, where it effectively creates a carbon sink. By installing the Meva system directly where the wood residue origins a fully circular and decentralized energy system is achieved. Also, direct combustion of wood residue is becoming increasingly questioned and is often associated with high levels of air pollution. By contrast the Meva technology enables energy production with extremely low air pollution levels.

“This is a project with great significance for IKEA Industry and possibly the complete IKEA supply chain”, Andreas Carlsson continues. “We take the lead at the Zbaszynek factory and hope other manufacturing units will adapt this technology in the years to come”, he adds.

“Meva has the right product at the right time. The goal of climate neutrality forces the need for new technological, climate neutral solutions in Europe”, says Marcin Korolec, member of the Board of Directors at Meva Energy and a former minister of Climate, Environment and Trade in Poland. “Meva can go even beyond that, offering technology that is delivering negative emissions”, he adds.

“After extensive R&D during a long time and many years of pre-project activities together with IKEA Industry we are of course very happy to reach this agreement. It is a true milestone for us, and it is a very good example of how to use low-value feedstocks for renewable energy production in a decentralized way”, says Niclas Davidsson, CEO at Meva Energy. “We think this plant will be a reference point and constitute future best practice for all wood-based manufacturing industries in how to better valorize their by-streams and achieve maximum impact in terms of CO2-reduction.”

Meva Energy is a deep-tech development company within thermochemical conversion of solid residue and biomass. Meva Energy’s proprietary and award-winning technology is able to convert solid residue to renewable gas and it is the world’s only conversion technology having full acceptance of fine fraction feedstocks such as saw dust or fiber residue. Due to the stability and simplicity of the conversion process, the Meva Energy system is able to produce renewable gas at the same cost levels as fossil gas. Meva Energy is supported by EIT InnoEnergy, the world’s largest sustainable energy innovation engine. Meva Energy is headquartered in Gothenburg, Sweden. Learn more at https://mevaenergy.com